Riskless assets are a type of asset that international rules define as as free from any risk of loss. This means you can use them to protect your investments from inflation and other financial risks. Riskless assets are typically government bonds, cash, and gold. With the Basel III rules in 2021, the Bank for International Settlements (BIS) reclassified allocated gold as a Tier One asset, meaning it has 0% risk weight:

Gold has been used as a currency for thousands of years, and is still relied on by the world's reserve banks. The Basel decision simply confirms that gold is a great option for investors looking for a riskless asset to invest in, hold, use as legal tender, or convert to cash. Riskless assets are a great way to protect your investments from inflation and other financial risks.

When Did Gold Become a Tier 1 Asset?

In 2021, the Bank of International Settlements (BIS) in Basel, Switzerland reclassified gold (Au) as a tier one reserve asset, making it the only other risk-free asset in the world alongside U.S. dollars in treasuries. "Tier one reserve asset" and "riskless assets" here mean the BIS gives them zero percent risk weighting.

Precious metals advisor & economist Andy Schectman gives an entertaining and informative summary of this story in this interview: Why Are Central Banks Around the World Hoarding Gold? (new tab)

In case you're strapped for time, I'll make it more concise and give you an overview of his findings on gold as a risk free asset:

Prior to the BIS reclassification, gold was considered a tier three asset, which limited its value on bank balance sheets and hindered its ability to be used as collateral. This reclassification of gold has significant implications for the role of gold in the financial industry, as under Basel III, it is now considered a riskless asset on par with cash.

The 2021 reclassification of riskless assets may have been influenced by a late 2010's trend of accumulation and repatriation of gold by European banks. Schectman notes that this started in 2017 with the Deutsche Bundesbank; the national banks of Hungary, Turkey, the Czech Republic and the Netherlands quickly followed suit.

As a result of the great European repatriation of gold, financial experts suggest that now that gold is considered a riskfree asset, it may now be used more frequently as collateral in financial transactions and may be used to diversify portfolios, as it is positively correlated with the market.

Gold becoming risk free may also have an impact on the prices of gold and the interest rates of bonds. As an investor, it's important for you to consult with a financial advisor and use financial modeling and computational finance tools to understand the tradeoffs and potential returns of investing in gold.

Meanwhile, if you're more of a go-getter and want to protect your finances from inflation, consider our gold buying options. With our dealers, you can purchase any size of gold (from a gram to many ounces) in a few quick keystrokes and easily have some nice, shiny, beautiful risk free assets in the palm of your hand.

You can also quickly and easily determine the best time to purchase these tangible assets using our Gold and Silver Price Checker App, which lets you view charts & spot prices at a glance.

Summary of Gold as a Riskless Asset

The Bank of International Settlements’ reclassification of gold as a tier one asset has been a very significant development in the world of finance, economics, and capital. It is now considered a riskless asset and is used as collateral, meaning it can be used to buy treasury bonds and be included in portfolios without any risk of reinvestment or inflation. This has been a major change in the volatility of investments and has had a large impact on the global economy, as well as the buying and spending patterns of investors world over -- and even your next-door neighbors.

This recent reclassification of gold as a tier one zero-risk asset has been a game-changer for the finance, economics, and capital markets. It is now widely considered a safe asset, making it a highly sought after option for investors and portfolios. It has transformed the world of investments and has had a profound impact on the global economy and the buying patterns of investors and financial institutions worldwide.

With the recognition of gold as a safe asset, it has become a popular option for people looking to diversify their investments and protect themselves from the risks associated with other investments. Gold's value is not tied to the performance of the stock market or the economy, making it a great hedge against inflation and a reliable store of wealth.

The trend of gold prices is currently on an upward trajectory, making it an excellent time to invest in this precious metal. The best approach to investing in gold is to use the dollar cost averaging method, where you buy a fixed amount of gold consistently every week or month. This helps you to gradually build up a portfolio of gold over time and take advantage of the trend in gold prices.

So, if you're looking to protect your wealth and safeguard your investments against market fluctuations and economic uncertainty, now is the time to invest in gold. Take advantage of uptrend, and start investing today. The opportunity is here and now, and you don't want to miss out. So, go ahead and make your move towards a secure and prosperous financial future. 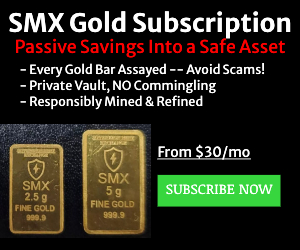 is developed by Alternative Solutions Development